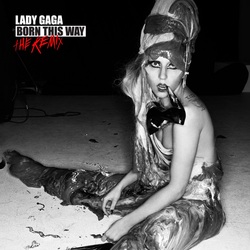 Born This Way: The Remix is the second remix album by American recording artist Lady Gaga, released on November 18, 2011 by Interscope. This album contains remixes of multiple songs off of Gaga's second studio album, Born This Way. It was also released as part of the Born This Way: The Collection, a special edition release including the 17-track version of Gaga's second studio album and a DVD release of the HBO concert special Lady Gaga Presents the Monster Ball Tour: At Madison Square Garden. Most of the remixes had been available in the remix EPs released alongside each single from Born This Way. Musically, the album is an electronic and dance record; there are also influences of Europop, techno and dubstep within the composition.