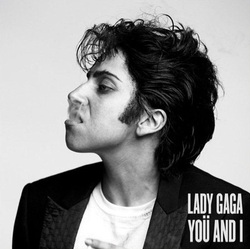 "You and I" (stylized as "Yoü and I") is a song by American recording artist Lady Gaga, taken from her second studio album, Born This Way (2011). Written by Gaga, "You and I" is a song that samples Queen's "We Will Rock You" (1977) and features electric guitar by Queen's Brian May. The song was debuted by Gaga in June 2010 during her performance at Elton John's White Tie and Tiara Ball. Footage of the performance appeared on the Internet, and positive response encouraged her to incorporate the song into her setlist forThe Monster Ball Tour. She subsequently performed the song on Today to a record crowd in July 2010, and on The Oprah Winfrey Show in May 2011. The song was released as the fourth single from the album, on August 23, 2011 by Interscope.

"You and I" was inspired by Gaga's relationship with former boyfriend Lüc Carl, and is a slow tempo song featuring instrumentation from electric guitars and piano, with Gaga and Lange providing background vocals.